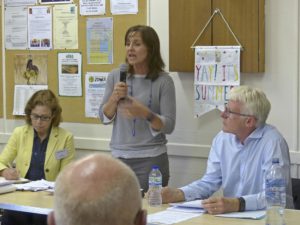 Norman Lamb hosted a packed public meeting in Witton and Ridlington Village Hall last week. Residents gathered to listen to the latest developments with the planned Vanguard windfarm and to have their say.

Sadly I was not able to be there as I was on holiday but I know Norman has since written to Vattenfall (the Swedish energy company that is building the windfarm) to highlight local concerns about relay stations that may be built in Witton or in East Ruston as part of the plan. Similar concerns have been raised about a project led by Dong Energy which will land its cables at Weybourne and campaigners are liaising with each other.