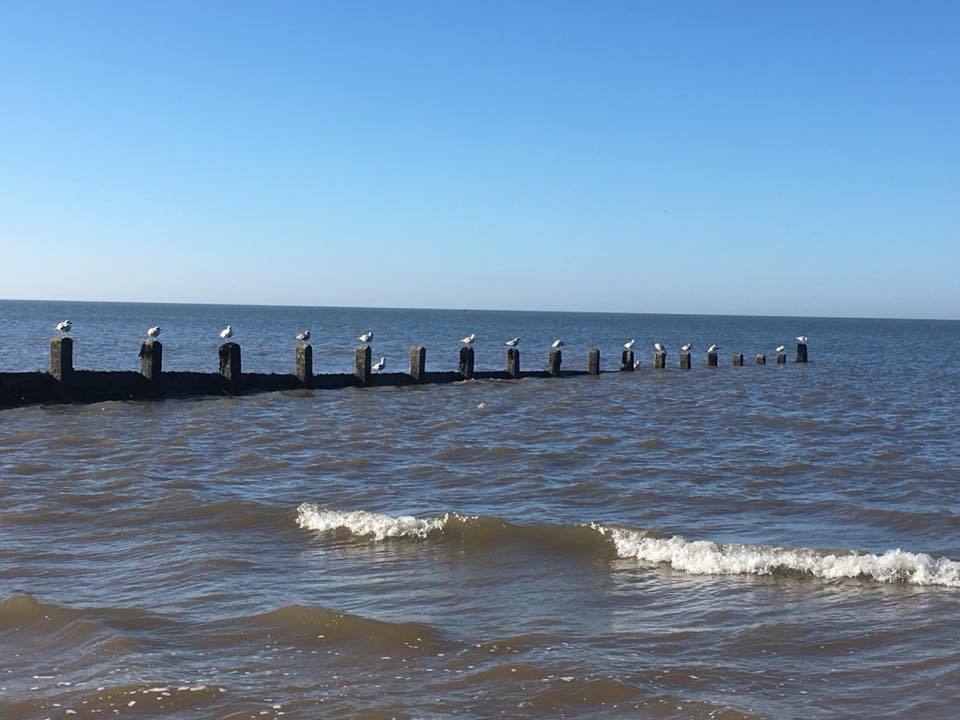 A Bacton resident contacted me recently with concerns about the soft sand on the beach at Bacton. A similar issue came up at a Paston Parish Council meeting. District Councillor Clive Stockton and I both raised it with the coastal management team at North Norfolk District Council. The reply from the team is quite lengthy but well worth a read:

Tidal Cut Off [being trapped on the beach] – Issues with tidal cut off are present across the coastline due to the nature of the beach levels, cliffs and defences.  Generally this is a known and fairly obvious hazard in most location and we don’t as a rule put out warning signs.  [In the area of Bacton terminal] If an individual was walking in this area, it should become quite clear pretty quickly with a rising tide that the beach may become covered.  The walker then can choose dependent on their knowledge of the beach to continue to walk or to turn back. We did initially re-profile the terminal cliffing but in reality it’s not practical to complete this work, in fact over the spring summer we are advised not to re-profile as this may disturb the ground nesting ringed plover.  This is a reason not to cut a new route midway along the terminal frontage, we spent some effort last year discouraging people from walking along the upper beach to prevent disturbance to the Plover.  We will however keep this open to further assessment should issues arise.

Cliffing – This is to be expected but over time it is expected that this will, particularly in front of the villages, reduce.  After the initial cliffing we spent some time with our contractors re-profiling the cliffing with machines, initially with the intent to seek to have a more angled slope over the summer months.  It soon became apparent that it would not be practical to maintain this operation as with one spring tide with a bit of wave action would mean beginning the process again. Where the cliffing is at its highest in front of the terminal, the majority of people use the lower beach, in fact we encourage people to do just that in the spring/summer so as not to disturb ground nesting birds.  As such the cliffing is not part of most people’s ‘route’.  We have provided some simple beach signage at either side of the Terminal frontage to highlight the cliffing to those who may choose to walk on the upper part of the beach.  Where the cliffing is occurring and the timber revetments are now become re-exposed, we have installed some pins and rope with some signage.

Soft Sand – I have received recollections of soft sand along this frontage to differing degrees over the years. Soft sand is a phenomenon that is experienced across our coastline, it can be due to groundwater, examples being the recent one at Happisburgh, some below the cliff at Gimmingham and some unusually at Sheringham two summers ago.  Normally soft sand is due to movements of sediment, which happens regularly under differing conditions – often at the ends of groynes, near low water, nearshore banks and also as new sand ‘rolls’ up the beach.  This usually behaves ‘normally’ relatively quickly.   It is only very recently we have received specific reports at Bacton and as such we are interested to understand when and where such events occur so we can assess any difference with the wider coast.  This can be reported to Coastal.Management@north-norfolk.gov.uk.

All walkers on the beach and near the cliffs need to keep in mind that it is a wild environment, in parts one of the few wildernesses that we have left.

We propose to monitor the situation and would welcome reports, and also photos of such locations should they occur so that we can keep this monitored.

Further to this we have been regularly highlighting beach safety on social media, we have recently started to build in soft sand to the messaging.  If we have some ‘examples’ photos it may help with providing more informative information about the types of location/events that create such conditions.