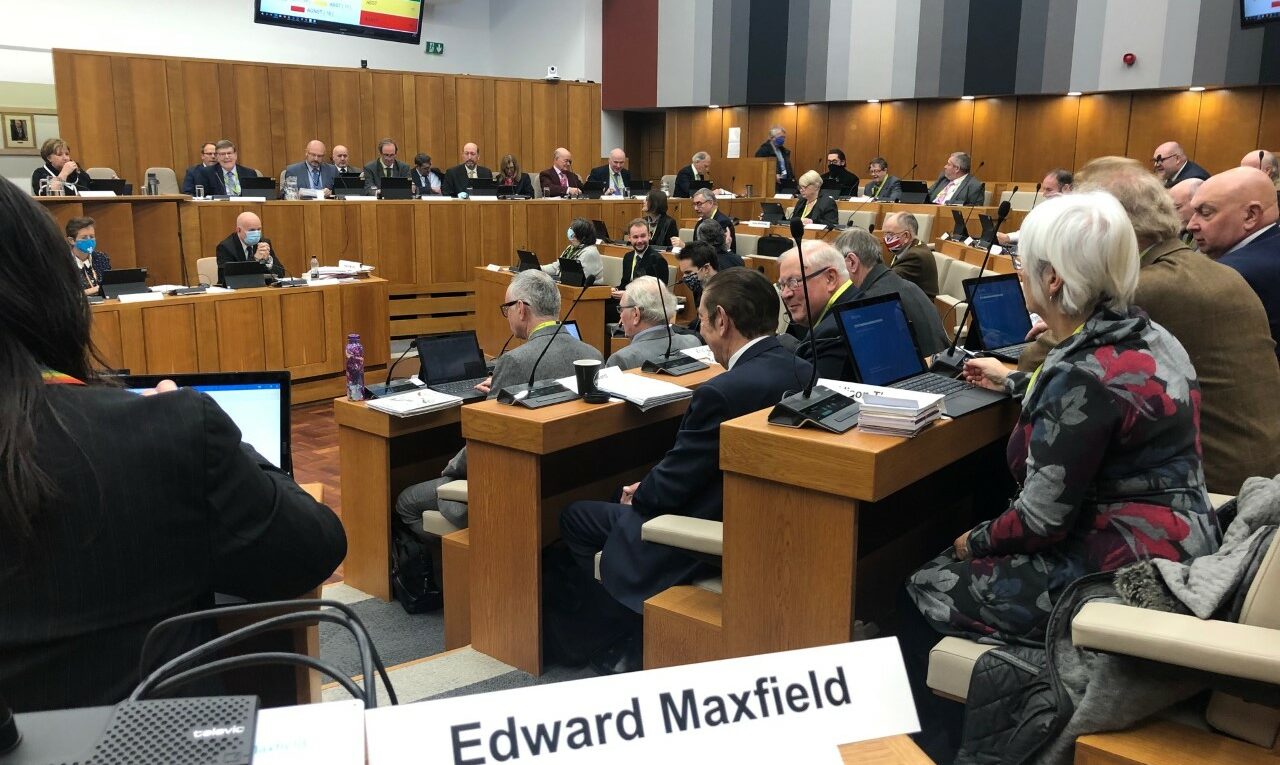 Each month I write a report for the twelve Parish Councils in Mundesley Division. This month’s is a bit of a bumper edition with information about surface dressing on local roads, plans for DIY waste charges, Ukraine, a review of Special Educational Needs support. And more…

The spring round of surface dressing has started. According to the County Council press release: 301 miles of Norfolk’s roads will get a new seal to extend the life of the road, prevent potholes opening up and provide a new skid-resistant surface to help reduce the risk of accidents.

The work is carried out between April and September every year. The team aims to get the holiday areas and main roads treated first so they are complete before the start of the summer season. Locally, crews are starting work in the North Walsham, Bacton and Horning areas.

The new seal consists of a thin layer of bitumen and chippings which is laid onto the road. This helps prevent water penetration and helps stop potholes opening up. Highway teams return a few days later to sweep up the loose stones.

People living along the roads affected will receive notification a day or two before the crews arrive. They will be asked not to park on the road on the day of the surface dressing work, or on the following day when surplus chippings will be swept up. A 20mph speed restriction is imposed during work and on freshly laid surface dressing for safety reasons.

You can report a problem via the County Council’s website, or on a response card which will be delivered to a proportion of residents.

Norfolk County Council and First bus have secured £3.2million of government funding to introduce 15 electric buses in Norwich. This is matched by £3.6m of local investment from First Bus. The buses will be in operation by March 2024.

I’m glad the county is benefitting from the scheme but I will keep banging on about the need for investment in rural areas like North Norfolk, not just the city.

I will also ask (again, because I didn’t get a proper answer the first time) whether the County Council is planning to help bus companies with increased fuel costs.

The government announced in mid-April that it wants to ban Councils from charging for the disposal of DIY waste. Norfolk County Council imposed these charges a few years back despite warnings that it would lead to increased fly-tipping. The only response I have seen so far from the County Council is that they will take part in the DEFRA consultation. If no one else raises it first, I plan to ask the council leader about it when the council meets on 10th May.

Thousands of Norfolk residents have offered help in response to the humanitarian crisis in Ukraine.

If you want to know more about helping people who are escaping the conflict, there is a page of information and links on the Norfolk County Council website: https://www.norfolk.gov.uk/safety/migrants-refugees-and-asylum-seekers/ukraine

At the last meeting of the County Council, the problems many of us face registering with a dentist were raised. I know there’s a problem with capacity at GP surgeries too (and worries about how future house building in North Norfolk will make that problem worse) but here is the County Council’s answer to the question about dentists:

I’ve reported before that Norfolk was named by the government as one of the priority areas for a ‘County Deal’ which would see extra powers and money coming to a new local authority. Just like every other attempt to reorganise local government in Norfolk that I’ve seen over the years, this one seems to be disappearing up its own… well, you get the idea.

The only option available seems to be the creation of a ‘Combined Authority’ for the County with a directly elected mayor/leader. Getting rid of District Councils or the existing County Council does not seem to be an option so we would end up with an EXTRA layer of local government (as they have in Cambridgeshire).

It seems that the current leadership of the County Council is not keen on the offer and is likely to want to pull Norfolk out, leaving things as they are. It’s going to be another missed opportunity, leaving services across the county disjointed, confusing and unaccountable.

The Government has published a SEND and alternative provision green paper, setting out a vision for a single, national system for Special Educational Needs and Disability provision. It also proposes a simplified Education, Health and Care Plan, and a new legal requirement for councils to introduce local inclusion plans. In addition, there is a focus on ensuring mainstream education is more inclusive and better at identifying and supporting needs. We’ll see how it goes (the public consultation runs to 1 July if you want to have a say) but it doesn’t fix the immediate crisis in funding and support for families supporting children with SEND.

The Government has published its UK Electric Vehicle (EV) Infrastructure Strategy this week. The strategy sets out a number of measures to rapidly scale up public EV charge points across the country. In Norfolk, the County Council is the authority with the job of leading on the implantation of the strategy.

I’m delighted that Mundesley and Swafield have won Parish Partnership funding for schemes in the villages. In Mundesley, the County Council will contribute to the cost of installing chicanes on Cromer Road to help tackle long-standing concerns about speeding on the way into the village. In Swafield they will contribute towards the cost of a new bus shelter on Trunch Road.